Future of eRetail in India – a hyperlocal game is afoot India’s eCommerce market is estimated to touch $111 billion by 2024 and grow to $350 billion by 2030. Besides the global brands such as Amazon and Walmart-owned Flipkart, India’s big business houses such as Reliance (via JioMart) and Tatas (via Neu) are also targeting a share of this growing pie. However, official estimates suggest that these players have been able to target less than 10% of the existing market.

This is probably why Mukesh Ambani, the world’s 9th richest man, recently spoke about India’s economy growing by 13 times to touch $40 trillion within the next twenty-five years. While manufacturing is considered a bulwark for such growth prospects, eCommerce could potentially create multimillion-dollar economies at district levels.

The policy of decentralized digital commerce initiated by the Central Government promotes open networks using a common protocol that potentially would provide business owners to sell to every customer across India.

The Open Network for Digital Commerce (ONDC), set up by the Centre as a not-for-profit organization and promoted by a clutch of banks, stock exchanges, and the National Payment Corporation of India (NCPI), has created common protocols that would allow every seller to make their products visible on the network. CEO Thampy Koshy made a grand declaration that “eCommerce, as it is seen today, would soon become irrelevant.”

The question then is what would replace the system that we’ve come to know so well over the past decade?

Koshy himself gave us a clue some months ago. He said the eCommerce or eRetail would reach grassroots levels only when each district or the lower unit gets a capitalist who can digitize the un-digitized. And the time for that is ripe, given India’s shift towards 5G and the rapid pace of smart mobility inclusion in the country, not to mention the amply visible shift of intellectual migration back to smaller towns, as big cities get choked and options dry up.

The primary objective is creating digital entrepreneurs across tier-3 and tier-4 cities of India, who help local businesses, get digitized and connect them to the two prerequisites of a viable eCommerce business – digital payments and hyperlocal deliveries. These two aspects form that major upheaval in eRetail that Koshy spoke about. In the existing line of business, both payments and delivery are owned by the platform in some form or the other.

In the existing system, the Unified Payment Interface (UPI) steps in to fulfill payments while the delivery agents become an independent entity of their own or managed by the local digital entrepreneur for that particular area. Of course, the moot question that gets asked often is where does one find these prospective digital entrepreneurs? Two profiles fit the bill – one is a graduate student, preferably from a tech background and the other is a local entrepreneur who understands the power of digital transformation.

The word eCommerce has always conjured up visions of a global, trillion $ enterprise selling everything to everyone. With ONDC, eCommerce becomes the same as commerce on a Digital channel.

Millions of small businesses become discoverable online (and offline) by customers both local and global. When you take away the Digital Middlemen (Platforms) who hoard all the information and move to Open Networks, Commerce becomes a lot more vibrant and wealth becomes a lot more distributed. 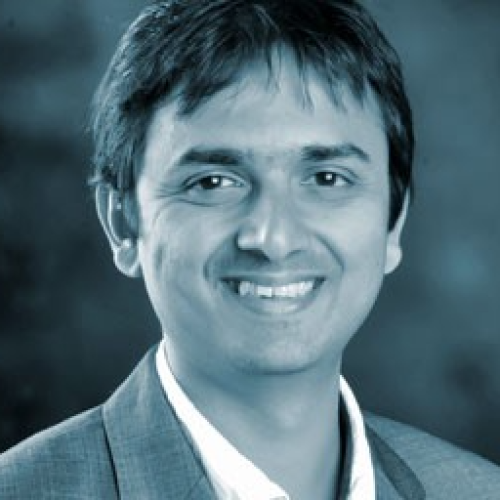 As India strives towards becoming a $5 trillion economy, the upcoming 2023 Unio...
Artificial Intelligence

As India striv...
Inside

It's not just ...
Artificial Intelligence